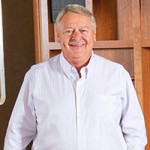 Kelly Rose
Skyline Corp. has signed a letter of interest for Middlebury, Ind.-based, towable RV builder EverGreen Recreational Vehicles LLC to acquire substantially all of the assets of Skyline’s Recreational Vehicle Division.
The release stated that the obligations of Skyline and EverGreen under this letter of interest are “contingent upon the negotiation, execution and delivery of a definitive asset acquisition agreement satisfactory to both parties.”
The tentative transaction includes some real estate, EverGreen spokesmen confirm.
“I am very excited to be acquiring the RV division from Skyline,” Kelly Rose, chairman of EverGreen RV, stated in a press release. “(Skyline founder) Art Decio has been a longtime friend of mine and a person who I hold in the highest esteem and respect. As everyone knows in our community, as well as our industry, Art is an icon and legend in the manufactured housing and RV industry.
“I consider this a great honor to accept the reins from Art and carry on a longtime tradition of quality and integrity that Art has instilled in his companies over the years,” said Rose, who has established a pretty rich legacy of his own in the RV industry that includes ownership of the former Starcraft Corp., several supplier companies and, most recently, majority partner in EverGreen, a six-year-old, 350-employee RV builder.
Rose added, in prepared remarks, that the EverGreen management team, led by CEO Mike Schoeffler and President and COO Mark Boessler, are “extremely excited” about the challenges of merging the two recreational vehicle brand portfolios.
“Obviously, the most important issues that face us immediately are retaining the very loyal employees of Skyline as well as solidifying and building on the tremendous dealer body that has partnered with Skyline over the decades,” stated Rose.
“The (Skyline) brand names of Nomad, Layton and Aljo,” added Schoeffler, “have been in the marketplace for 50 years, and remain our focus on continuing building on the great image.”
Spokesmen for Skyline were unavailable for comment.
Founded in 1951 in Elkhart as a manufactured housing builder – a business sector that remains the company’s strength today — Skyline opened its first travel trailer plant in 1960 and generally focused on affordable lines over the years. The publicly traded company operated for decades in the black, and, for about five years during the late 1980s and early ‘90s, built Class C motorhomes.
But Skyline, which was posting sales of as much as $645 million in 1996 versus net sales of $191.7 million in fiscal 2014, clearly hadn’t performed up to expectations in recent times.
Net 2014 sales for Skyline’s RV segment totaled $45.9 million compared to $66.5 million for the same period in fiscal 2013. For fiscal 2014, the companywide net loss was $11.9 million compared to a net loss of $10.5 million a year earlier.
However, Skyline’s RV division was in the midst of a turnaround effort that included an all-new lineup of Trident, Javelin and Dart towables on display at the recent Elkhart County RV Open House. Skyline, meanwhile, has retained a viable second place market share in the manufacture of park model RVs, with a 12.4% share of that niche market.